Standing in the sunlight laughing, hide behind a rainbow's wall

Kids break your heart sometimes. Every parent knows that, and if they don't they will eventually figure it out. Kids are human and humans are complicated. They hurt each other.

My daughter has been saying for at least a few years that she never wants children. Part of me thinks she might change her mind someday (she's a baby herself, at least in my eyes) but honestly? Parenting is not for everyone. If she doesn't change her mind I'm totally okay with that. I do not feel, and I have never felt, that every woman should be a mother. I think it should be 1000% up to the individual and I think she can have a very fulfilling, happy life without kids. 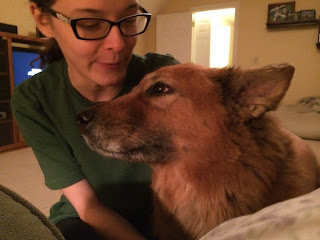 (Selfishly, I'd like her to have children one day because the thought of having more people in my circle of joy makes me happy. And Jesus Christ I can't even imagine what an amazing grandpa Jason would be. He's unbelievable with children. But I digress and I'd never ever tell her that because it's not about me)

Jonathan think he's might have children someday, depending on what his eventual wife wants. He's a baby too, of course, so he has no way of knowing yet. This is all fine.

What's not is fine was what Megan said at dinner a few nights ago.

"Why on Earth would I want to have a child who might end up like me? No one deserves anxiety and depression."

I used to think there was nothing worse than my own anxiety and depression, but I was wrong. My child suffering is far, far worse than anything I could ever experience.

I get it. I get what she's saying.

But oh. The thought of not having Megan. This wonderful, bright, sunny, funny, sweet girl. I cannot imagine my life without her. I cannot imagine the world being a better place without this girl who pets every dog she sees. This girl who compliments every other girl she sees because "I think female friendship is important and girls get too much negativity from everyone all the time, so I'm going to be positive". This girl who loves the elderly wants to spend her life advocating for animals. This girl who sometimes comes downstairs in a Grace Kelly dress and floral converse tennis shoes, her thick hair pulled back in a bun and not a scrap of make-up on her face. She's fully, unabashedly herself and she. is. amazing. 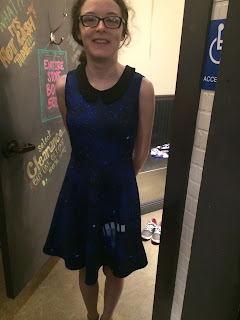 Most Friday nights she and I spend a few hours together. We like a lot of the same things; movies, shopping, fancy grocery stores, local restaurants, coffee. We often get dinner and chat, usually about nothing important, but sometimes about things so deep they take my breath away.


Last night we wandered about downtown. It was a hot night, but had enough of a breeze that we weren't miserable. She suggested a local cafe that we'd never eaten at for dinner.

It was nice. Probably fancier than we are, but that's okay. No one is very fancy here, even those who think they are. While my daughter was enjoying her homemade ice cream I brought up what she'd said about her fears of having children and how, frankly, it broke my heart.

"That's not the only reason," she said, but her eyes were down when she said it.

I told her that was okay. That whatever reasons she had are her reasons. I just wanted to give her a what if.

What if your "broken brain" isn't really "broken"?
What if the brokenness is what makes it amazing?

If you look at so many people around you who don't think for themselves, who don't have any heart for others, who don't seek to make the world a better place...maybe, just maybe it could be that your brokenness is what makes you completely whole. Completely amazing.

That maybe your broken brain gives you the ability to see all sides of things. It makes it easier to put yourself in others shoes. It gives you bravery and wisdom beyond your years.


This baby has been a fighter since she was born. I look at her sometimes and can't help but think of that little three pound wonder who came out wide-eyed and looking around at everything around her with a resting bitch face that she's beyond perfected in the last 19 years. She was tough, even then. She wasn't supposed to be born so soon, things weren't supposed to be so hard for her.

And maybe, just maybe, it was because of her brokenness. 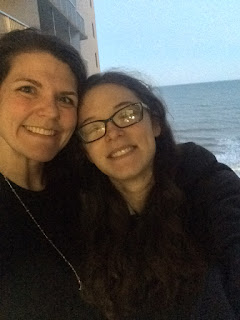 We don't know, none of us ever know. My son doesn't have anxiety or depression (he does have "a jacked up grill" and horrible eyesight, but we're working on both of those). Genetics are an absolute crap shoot. We all know that. Every time you make a choice to have a baby you run the risk of something being wrong and that sometimes could be a whole lot worse than what my daughter deals with every single day. 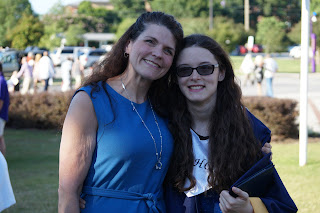 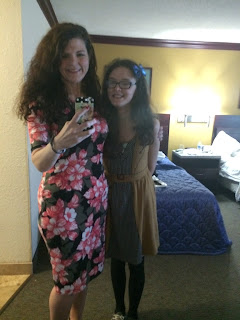 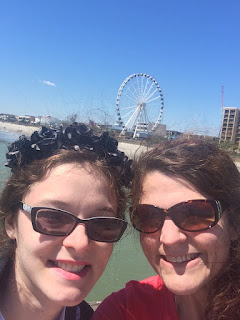 Would I have had Megan had I known she would have anxiety and depression?

Of course. A million times yes.

Am I heartbroken that she has to suffer?

Of course. A million times yes. I would do anything in my power to make her life easier. So I do. I make sure she has therapy. She takes medication. She has coping skills and abilities far beyond most people her age (her coping skills are actually way better than mine). She does well in school. She does well and is well liked at her job. She has friends. She has a life. She has a wonderful life. 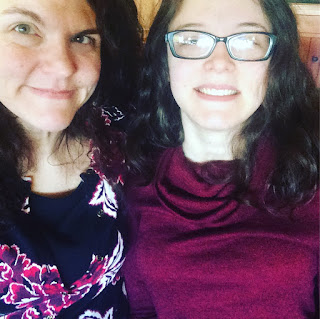 
Whatever she chooses though, I know it will be what is right for her. She is not me. She's not even an extension of me. She's just one of the best things I've ever done. She is 100% Megan.

Which is exactly what I always, ALWAYS want her to be. Broken brain and all. 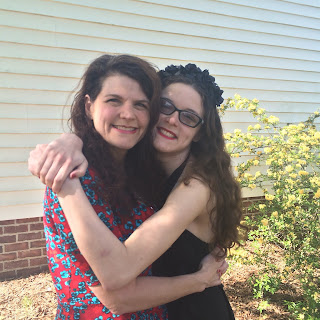 I could have written this myself, nearly word for word, about my own 19 year old daughter. Thank you for writing this.

Oh my gosh a million times yes! I understand how hard each day it is to feel broken...I would give anything to make my girl, who turned 30 today, not suffer from bipolar disorder, anxiety, and psoriasis arthritis, but not to have her would have made my world so much less. I wouldn't have a best friend. And yes, it took a lot of years to get things in a good place for her. I'm so very proud of her and feel lucky to be her mother.

I want a million Megan's in this world just like her. Can you imagine how amazing humanity would be?!

I never thought that maybe my broken brain is what makes me able to be so kind to people (on the days I can communicate at all).

What you wrote has just changed my life. I think I really do think about myself differently now. I think that's going to continue.