The trouble with twins

Our neighbor is pregnant. I didn't realize this because apparently I live on my own planet, but she is.

Somehow this came up last weekend when she said to my daughter, "We don't know if it's a boy or a girl, but we do know it's just one baby. It's not twins, thank God!"

My girl was more than a little bit miffed by that statement and said to me, annoyed,  "What's wrong with twins anyway?"

Fifteen years ago, today, I became a mother. Two babies. A boy and a girl. Although I didn't know it at the time, it was a one-shot deal. It took me much longer to realize how okay that was.

I had absolutely no idea what I was doing that day. Some days, I still feel that way. Especially as they catapult at lightening speed toward adulthood.

Some days, most days, I feel like I'm doing okay.

It's better now, I guess. It was always expensive, starting with the $75,000 hospital bill (a bargain, I'm sure) that arrived in a box on my doorstep. There really is double everything, and that part is no joke. Ten school uniforms, ten teachers to remember (I have trouble with that part). They mostly have one set of friends, which is both good and bad. There are two very distinct and very different personalities at play. They are two people. Two very, very different people.

The only thing that didn't double was time.

That's the most unfair part of all of this, I suppose. I just wish we had more time. I blinked my eyes and today they are fifteen. I've started thinking about drivers ed, dating, college. I said the other day, "We have the perfect amount of chairs in our dining room for when the Boy and Girl get married!" and Jason looked at me like I have three heads. I should note that Jason still thinks the children are six or something and said something about flash cards the other day. He doesn't see what I see. 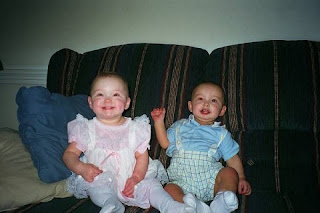 That what you get when you have twins is double everything...except time. 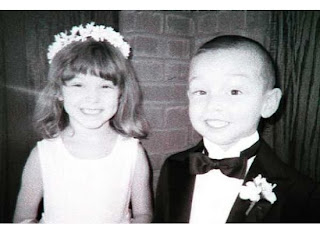 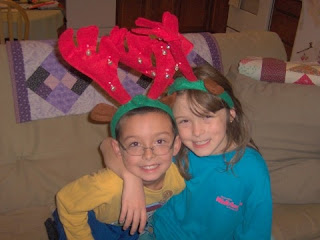 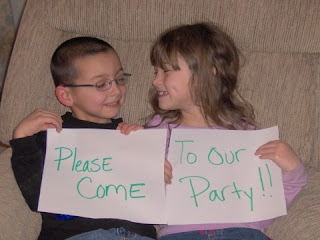 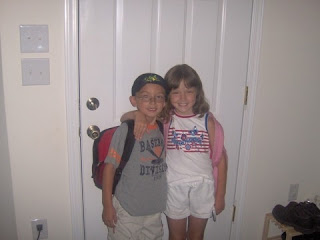 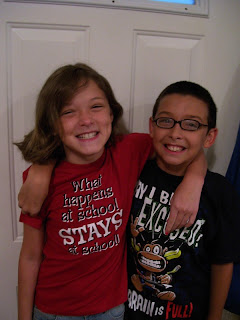 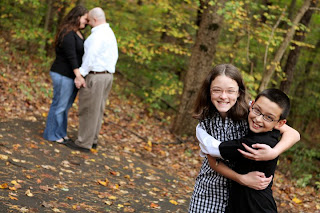 From where I'm sitting? That's the only thing "wrong" with twins. The only, only thing. 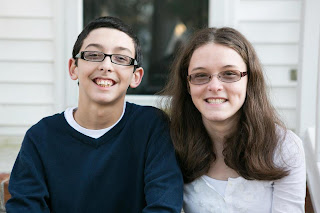 So Happy, Happy Birthday (Birthday) to my sweet little troublemakers.

Yes, I too was naive and would have said thank God it's not twins, but with experience, I just think 'please be healthy, no matter how many there might be'... twins would be okay, triplets too.. quads? um, I think our house would explode, but if they're healthy, BRING.IT.ON. It's amazing what a little thing like a miscarriage can do to change your thinking.

happy birthday to Boy Child & Girl Child!! I think the only other "problem" would be double the cuteness ALL. THE. TIME. ('cept when they're trouble-making;)) One person's "problem" is another's blessing. THat neighbor needs to relax & get her nose outta your bizness

Love you girl, you have done an awesome job with them.

There is no "problem" with twins. And yours? Yours are so incredibly handsome and beautiful. What a blessing they must be.

Happy birthday to your beautiful twins! They are a testament to your & Jason's strength and love.

Oh my G-d, I love this so much. It is so true: the idea of everything doubles except time.

We also have had people say that to us or to the twins -- a "thank G-d we're not having twins" or "I would die if I had twins." And both the kids and Josh and I don't really get it. From where we sit, twins rock. More work, yes, but with that comes a lot of love.

Oh my gosh, I can't believe anyone would actually say that! OUCH!!

Happy birthday to your beautiful children!

As a twin mom, I totally agree! And i still get ticked at those twin comments.

Oh man! I stopped over from the BlogHer post and you got me all teary eyed. My b/g twins are 3.5 right now. It's ALREADY going too fast. Loved the pics of them together growing up too. :)

I love this! I have boy/girl twins who will be 15 next month, so I totally can relate. Both driving at once! Both leaving for college at once! I'm dreading all of that! I need more time! :)